Facebook currently holds one of the two popular middle messengers: WhatsApp and Messenger. In the case of the second, it is possible to link your account to the social network to directly benefit from your friends. But another option was also offered and is no longer available today: the possibility of registering with your phone number, without being on Facebook. A possibility (unfortunately) suspended as explained by a spokesperson for Mark Zuckerberg's company at the microphone of VentureBeat. A decision which, in fact, is primarily driven by the obligation to register on Facebook in order to gain more and more users.
Because in this interview, the spokesperson advances a main argument: "to simplify the process".

However, there is no doubt that behind this excuse lies the desire to capitalize on a closed circuit.
Messenger and Facebook are now inseparable

This is what a Facebook spokesperson at VentureBeat explained: “If you are new to Messenger, you will now need a Facebook account to chat with your friends […] We have noticed that a large part of people who use Messenger have Facebook and we want to make it simple.

This now mandatory link could push some, who just wanted to chat with relatives who own Messenger, to register on Facebook at the same time - and therefore one more user for the social network. A closed circuit and an important strategy for the company of Mark Zuckerberg which loses users and suffers from a bad image in recent years.

As for those who used Messenger with a mobile number before this decision, the spokesperson for Facebook reassures and explains "If you already use Messenger without a Facebook account, nothing changes". Through this new policy, it is impossible not to see it as a new step in the reconciliation of WhatsApp, Instagram and Messenger.

In the case of the first two, Facebook will even have added its logo to make users understand that the services belong to it.

With this strategy, Mark Zuckerberg intends to establish his hegemony and capture a large part of the web. A hegemony of GAFA many times denounced by Internet users but also high political authorities around the world. 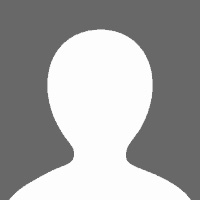 Your Comment has been sent successfully. Thank you!   Refresh
Error: Please try again